Crypto Matters - Just Not For The Reasons You Might Think 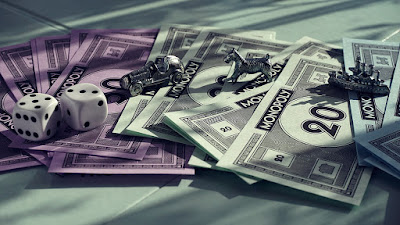 Photo by Suzy Hazelwood from Pexels

I watched Bill Maher’s recent diatribe against crypto a day or two ago, and suddenly my feeds seem to be filled with people decrying blockchain phenomena like NFTs as pyramid schemes and nonsense.

It’s important, however, to take a good, long look at our existing “fiat” currencies before taking potshots at a technology that is fundamentally the same, but easily better in a myriad of ways.

Let’s begin by defining money, a fiction that enables us to transact across domains. It’s a fiction that’s sufficiently decoupled from reality that we can make fair transactions where that wouldn’t otherwise be possible: it’s not easy to determine the value of an item of clothing in coconuts, or units of electricity. Once upon a time the value of money was tied to scarce natural resources, but for decades it’s been completely artificial, controlled and manipulated by organizations and forces that generally do not have “the greater good” at heart.

Cryptocurrency, on the other hand, by design has no master. Anyone can mine, anyone can play. If I can earn it, I can spend it, and the requirements for setting up a wallet and transacting are so minimal that the most basic of smartphones can handle it with ease. It’s also much more complicated to steal from someone than cash, and nobody needs a bank to let them participate in the economy, or to rob them of huge portions of their paycheques when sending funds to their families back home.

Over the past ten years the idea of cryptocurrency has been creeping into the collective conscious, and the enthusiasts who “get it” have been working tirelessly to usher in an envisioned utopia in which we all transact in a wide variety of crypto tokens, where nobody is “unbanked”, a world in which our governments and credit card companies no longer enjoy the leverage they currently have and we can live our lives in a virtual-cash-based economy where privacy reigns and nobody can freeze our bank accounts or make up silly fees and charges for using them.

A world where nobody can “cook the books” because everything is written into an open ledger. A world where reliable, secure, anonymous voting mechanisms are built in to the very fabric of the networks we use.

These dreams are all very well, but they clearly have not materialized… yet. For more than a decade Bitcoin has been considered the literal and figurative “gold standard” of crypto, and where its popularity meets with somehow unanticipated greed we see the energy invested to mine Bitcoin exceeding that of small countries. Ethereum arrived later on the scene with its promise of smart-contracts, an incredible innovation that opens up fin-tech and safe remittance, micropayments and the ad-free production and consumption of content… but transaction volumes are severely limited, encoded in its ridiculously high “gas fees” that make it impractical to make transfers of anything less than small fortunes.

At present, there simply isn’t inherent value in crypto. Money isn’t worth anything if you can’t buy things with it. Most of the engineers who work with crypto are biding their time building wallets and exchanges because that’s what the market will pay them for, but that’s not what makes them excited about crypto. In fact, hoarding and HODLing are holding crypto back from its true purpose — seamless traceless borderless digital payments for everyone — which means that the behaviour of investors is actually preventing crypto from developing the inherent value that speculators have been banking on!

For those of you who aren’t familiar: the underlying reason why blockchain mining is so power-hungry, why transaction volumes are so limited and fees so high, is because the mechanism that protects the blockchain is what’s known as “Proof of Work”. To make it nigh-impossible to cheat the system and manipulate the blockchain, miners are required to perform computationally expensive calculations that are simple to validate, and whoever succeeds first achieves the right to write [sorry] the transaction block.

Proof of Work is an extremely clever concept that made perfect sense ten years ago but, sadly, its creator(s) never foresaw just how poorly it would scale.

The New Thing in blockchain tech is Proof of Stake, and by “new” I mean almost as old as blockchain technology itself but not implemented where it matters most. Unlike Proof of Work, Proof of Stake requires “staking” your crypto to buy the right to validate the transactions — in Ethereum’s case, stake 32 ETH and you get to play miner, only you get paid for doing your part without having to set the Earth on fire. Or your brain.

For a (in technological terms) long time Ethereum has been promising to evolve to Ethereum 2.0, but the first real measures were only put in place towards the end of 2020 and according to today’s news things are finally speeding ahead towards this Brand New Day.

Where to with crypto?

After all this preamble, what’s the real takeaway?

It doesn’t matter whether Bitcoin’s value hits $100,000, $1,000,000, or crashes and burns and hits $1, nor does it matter what a single Ether is valued at. It doesn’t matter if you bought in early and made your fortune, or if you missed the boat completely and even now believe it’s too late for your first foray into crypto (it’s not).

What does matter is that crypto has a function, and that function is desperately needed these days, especially for the billions of people who aren’t being served by the existing financial institutions. Personally, I cannot wait for a time when I can be paid and pay safely and instantly, whether for groceries, rent or coffee, and the idea of being able to transact outside of my government’s reach is hugely empowering. I‘m excited that we’re so close to money markets that are fair and inherently non-discriminatory. I’m excited to start diving in to new tech that solves the currently-inconceivable problems of living in societies that don’t run on borders and taxes.

Things may get weird (like the current NFT craze) while we learn how to use crypto, but with a brief look back over our shoulders it becomes apparent that no technology ever got introduced without us experiencing some kind of adjustment phase.

At least, I hope people’s obsessions with selfies is just a phase.