Bamboo YAML Specs Tips and Tricks (For Fun and Profit) 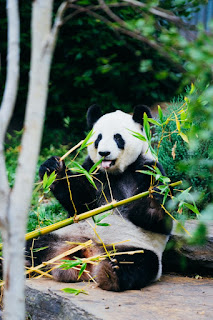 “In for a penny, in for a pound” — that’s our team’s current approach regarding Atlassian’s products. As part of our efforts to code as much of our infrastructure as possible, we’ve recently begun migrating old build plans to Bamboo Specs and, as non-Java devs who don’t want more headaches than are absolutely necessary, we’ve chosen to work with the Bamboo Specs YAML offering.

YAML specs are pretty great. Migrations are assisted by the fact that manually-created plans will show you their YAML translations, so in most cases a simple copy/paste is all you need. I mean, aside from migrating to linked repositories and ensuring they’re configured correctly…

Having said that, Bamboo’s YAML specs are an incomplete product with undocumented critical features, and fail to provide out-of-the-box support for a surprising number of standard use cases that one would expect software engineers building software for other software engineers to appreciate the value of.
They’re still pretty great in spite of that, but overcoming the limitations of incomplete specs definitions and deployment plans is not exactly intuitive. This article attempts to cover some of the missing pieces and suggest some workarounds that we’ve found useful.

When experimenting with changes to the specs, I’ve found it useful to do the following:

The most glaring omission in the YAML specs is the inability to set up plan dependencies. While we were initially upset by this, we quickly realized that at the end of the day plan dependencies are a nice hack that we shouldn’t really have been relying on in the first place. Bamboo appears to encourage the download of artifacts from matching branches on other build plans, but this can quickly break down into chaos with dependency versioning and management. I warmly recommend using Bamboo artifacts for build debugging and deployment plans exclusively, and proper package repositories for storing and retrieving versioned build artifacts.

When exporting Bamboo Specs from existing plans, build plans and deployment plans are not considered strongly related so you will need to gather and combine the specs from both into a single file. To do this, copy in the deployment plan specs beneath the build plan specs, retaining the --- as separators.

An interesting omission is the inability to include unset plan variables. This actually makes sense, as manually maintained plans need some way to ensure that they’re all using the same variable names, but with Bamboo Specs it’s really on you to be consistent and it’s obviously much* easier to search through a single file than it is to hunt for variables across different plan branches via the Bamboo interface.
* infinitely easier

The principal idea behind a deployment plan is to separate deployment from the build process. Bamboo implements deployment plans as distinct entities with entirely different environments, with the intention that your only interaction with the related build plan is to download your artifacts from it.

For us, this proved problematic as we require shared environment variables and tooling to deploy our builds. To work around this, we required the following mechanisms:

Ironically, while deployment plans are supposed to operate independently from build plans, they only really function well when linked to specific build branches. If your intention is to build once, then deploy the build artifacts to multiple stages, you're out of luck!

Regardless of your choice, it's probably a good idea to handle your branch management manually:

Putting it all together

My recommendation for the general outline of a YAML specs file is as follows:

These are the tips and tricks that have helped us overcome our biggest migration challenges so far, I hope they can help others as well. If you have any others that come to mind, or improvements over the above, please let me know in the comments!
...
Originally published at https://therightstuff.medium.com.
at August 06, 2021