The primary location for my blog posts is now therightstuff.medium.com - please head over there and take a look! 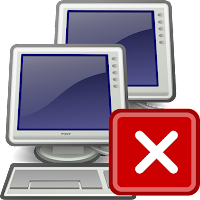 Image by OpenIcons from Pixabay

On the 30th of September 2021, a heavily-used root certificate — DST Root CA X3 — expired. You can read all about it here.

According to a handful of forum posts and github issues I’ve come across, the change has caused a fair amount of pain to those unfortunates who failed to heed the warnings, but for most of us this really wasn’t a surprise. For our team, the expiration date came and went and we didn’t even notice! Until our primary in-house testing tool began failing its connection tests with the following:

Our gRPC connection tests are written in Python (using the grpcio and grpcio-tools packages), and run on a variety of linux machines and Docker images. Hunting through the forums, it looked like upgrading to the latest versions of the grpcio dependencies should do the trick, but it didn’t.

At least not by itself.

We eventually determined that the problem was that DST Root CA X3 was still registered as a certificate authority, and it took so long to figure out how to remove it on Debian that I realized that I had to post about it:

To see if the DST Root CA X3 certificate is configured as a root authority, list the contents of your /etc/ssl/certs folder:

2. Edit /etc/ca-certificates.conf and insert a ! at the beginning of the name of the DST Root CA X3 certificate to flag it as removed:

To update the certificates, run the following:

Note that it must be fully qualified as the /usr/sbin directory is not in the PATH by default, and it might be necessary to install the ca-certificates package using apt. The “f” of the -f flag apparently stands for “fresh”.

3. Set the GRPC_DEFAULT_SSL_ROOTS_FILE_PATH environment variable, which is required for the above changes to be respected:

Once all that’s done, you should be able to connect successfully!